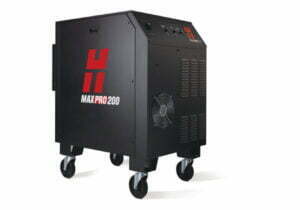 The MAXPRO200 is available with both our single and dual side drive machines.

Engineered and tested using the same proven design process as the HyPerformance® HPRXD® product family for superior reliability in the most demanding cutting environments.