The History of Hornet Cutting Systems

Helping you build something great

Before long, demand increased for new CNC plasma tables, so Retro Systems moved toward manufacturing their own. By the end of 2004, Retro Systems had released their first original model of CNC plasma and oxy-fuel cutting machine. To reflect the company’s pride in its hometown, the machine was painted purple and named the Hornet after the local high school mascot.

Over the next decade, Retro Systems continued to grow from around ten employees to more than forty. The product line grew from the original Hornet to include machines for waterjet cutting, pipe cutting, and more. In 2013, the Reimann family took on Brice Turner, Jeff Turner, and Lynn Nichols as partners, enabling the company to continue to grow while still remaining locally and family owned. 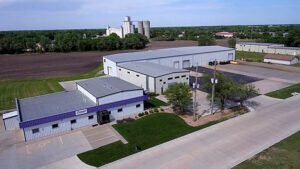