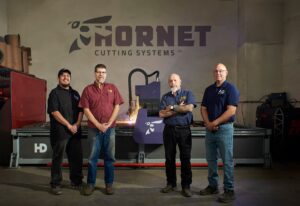 Based in Phoenix, Arizona, MarZee Waterjet Services has provided high-precision abrasive waterjet cutting services for more than two decades. MarZee specializes in production and prototype accuracy for major industries including aerospace, architecture, entertainment, and environmental designs. Founded in 1997 by Neil Wenz, and his son, Ed. MarZee is still owned and operated by the Wenz family, with Ed’s son, Domonic. The company’s facilities have grown from an initial 2,400 square feet to their current 10,000-square foot facility to meet customer demand.

“We were at a stagnant stage,” says Ed Wenz. “A lot of my clientele required something different than waterjet cutting, so we needed to adapt our services to meet this need.” 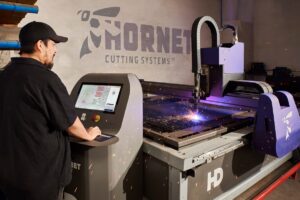 A friend and owner of North South Machinery told Ed about Hornet Cutting Systems and introduced him to plasma cutting, and Ed quickly saw the potential advantages of expanding his company’s cutting capabilities with the purchase of a new plasma machine. They brought in a Hornet HD with the Hypertherm XPR300. As MarZee has learned how to operate the new equipment, Ed tells us the expert technical support he receives from Hornet has been vital. “(Hornet) has been very open to help with all our questions,” Ed says. “That ongoing support has been key for us.” 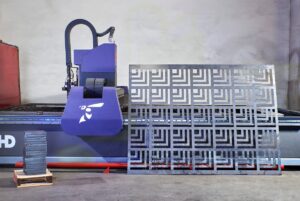 MarZee has greatly expanded its capabilities and is pleased to have a new option to offer customers. “We used to cut a lot of carbon up to 11 gauge to 1.5 inches with the waterjet,” Ed says, “But now we’re converting a lot of this work to the plasma.”

These expanded capabilities from Hornet technology allow MarZee and their customers to flourish. “We were recently able to cut a pattern on half-inch steel for a car manufacturer to replicate a cobblestone road,” Ed says. They also have a mining client for whom, Ed says, the plasma cutting machine is perfect. “It cut his costs in half and is making us significantly more profit.”

MarZee is pleased to be able to offer customers estimates for both waterjet and plasma cutting, although Ed tells us most now choose plasma, primarily due to its cost-effectiveness. Ed tells us MarZee and its customers have both seen significant savings in both parts and labor since adding the plasma machine to their shop. Ed also appreciates the benefits to the environment that the new plasma cutter provides. “We’re basically a gas-free facility now,” Ed says, “and I love that.”

The Hornet plasma machine has proven so popular with customers, Ed tells us, that it’s relieved pressure on his waterjet machines, along with his employees. “It’s made a tremendous difference, and it helps my business out a lot,” Ed says. “We’re excited about the new projects we’re able to take on with the plasma machine, and the new markets we’re able to serve. With the addition of the Hornet machine, the sky’s the limit for our business.” 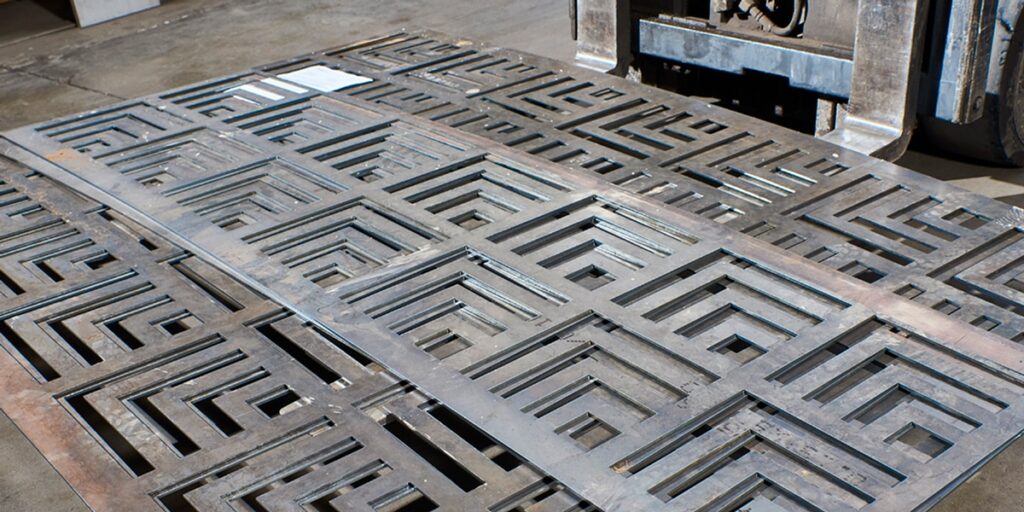 Hornet HD Pays for Itself with the Profit from Shop’s New Capabilities
June 17, 2020

Plasma vs. Laser: Which Cutting Machine Is Right For You?
January 22, 2020